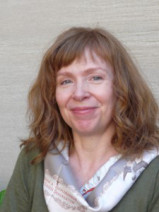 A long-time reader and analyst of Richard Hakluyt’s Principal Navigations, Voyages and Discoveries of the English Nation (3 vols. London: 1598-1600), Professor Mary C. Fuller(MIT) is one of the best-placed persons to offer advice on how to read this founding document of English national identity. She did just that at the Hakluyt Society’s 2016 Annual Lecture held at the University of Notre Dame‘s London campus on 21 June. Addressing a captivated audience of Hakluyt Society members and their guests present at the 2016 Annual General Meeting, Professor Fuller singled out for analysis the geographical categories contained in Hakluyt’s collection of travel account as well as the multiple identity categories found in the patchwork of texts. In this blog post she highlights the main thrust of her argument

For me, one of the great challenges of working on Hakluyt’s collection has been finding productive ways to apply the tools of textual analysis – “literary criticism” – to a work that is not at all a “literary” text (or if it is, only in scattered moments), and which has both many discrete authors and one fairly taciturn editor.  My Annual Lecture gave an overview of some lines of approach; I’ll describe a few of them here.

Principal Navigations (1598-1600) [Hakluyt Spcoety Extra Series, Nos. 1-12] is organized by geography:  each of Hakluyt’s three volumes groups together voyages to particular parts of the globe. It’s been my hypothesis – and an underlying principle of a forthcoming book I’ve been writing onPrincipal Navigatons – that this organizing scheme creates categories that are meaningful for interpretation, both because the voyages themselves often shared common externalities and because these categories are an especially visible intervention by an author who is otherwise relatively hard to find in his book.  Starting from that idea, I’ve found that each section of Principal Navigations may bring certain topics and problems to the fore.

For instance, travellers to the Levant often engage a dimension of time, whether by registering perceptions of change in the physical or cultural environment over a long period, or by deferring to pre-existing practical or textual traditions.  Hakluyt himself describes this part of the collection, uniquely, in terms of its temporal shape: so we could say that the Levant, as a category in the collection, has a distinctive property that we don’t see in representations of other regions.

The regional categories created by Hakluyt as editor are also interesting when they don’t track physical geography. A series of trading voyages with West Africa, beginning in the 1550s, can be found under the heading of “voyages without the straits of Gibraltar” in the second half of volume 2, which is generally devoted to “voyages to the south and southeast”;although Hakluyt’s introduction to the volume focuses on voyagesaround Africa, to India and beyond, voyages to West Africa actually account for the largest share of pages in these extra-Mediterranean materials.  As with voyages to the Levant, some regularities of practice and recording emerge when we read them as a set.

But this is by no means all the collection has to offer.  Many documents found in Hakluyt’s third volume, devoted to the Americas and other voyages to the West, also have something to say about Africa and include very significant information:  for instance, John Hawkins’ attempts at imitating the Spanish trade in Africans as slaves.  Following physical geography across the landscape of Principal Navigations begins to generatenew questions and observations about Hakluyt’s conceptual map and those of his voyagers and authors.

The other geographical category I’d highlight – if we can turn from physical to political or human geography —  is the ubiquitous one of Hakluyt’s title:  these are the navigations of the English nation.  Hakluyt’s collection has been described as a founding document of national identity.  But no work of this complexity can offer a simple version of identity.  From the shifting boundaries of England and English-ness in the older materials of volume one, to the changing membership of the first-person plural in Hakluyt’s narratives of siege, warfare, encounter, and simple travel, Principal Navigations gives us a window into how its many versions of “us” were shaped, both in rhetoric and practice. In the wake of the referendum vote to take Britain out of the EU, this topic of collective identity seems especially timely.

Mary C. Fuller is Professor of Literature and Head of the Literature section at Massachusetts Institute of Technology (MIT). She has published numerous essays and books on accounts of early modern travel, includingVoyages in Print:  English Travel to America, 1576-1624 (Cambridge University Press, 1995) and Remembering the Early Modern Voyage:  English Narratives in the Age of European Expansion (Palgrave, 2008). Currently she is working on a new book provisionally entitled Geographic Information in the Age of Drake:  Richard Hakluyt’s Principal Navigations of the English Nation (1600) and, with Matthew Day, is editing Volume 9 of the new 14-volume critical edition of The Principal Navigations (Oxford University Press). Professor Fuller will be a visiting fellow at Balliol College, University of Oxford, this fall.